Search for Genealogy Tours of Scotland 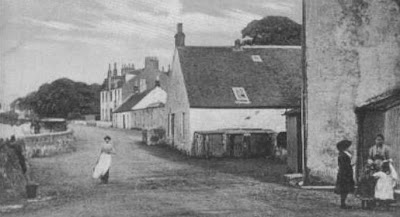 Genealogy Tours of Barrhead, East Renfrewshire, Scotland. Barrhead is located eight miles southwest of Glasgow on the edge of the Gleniffer Braes. Historically, most of what is now Barrhead lay within the parish of Neilston, in the county of Renfrew. The name Barrhead derives from the agricultural term Barr meaning long ploughed furrows for cultivation of crops. The original homestead or hamlet was literally situated at the head of barrs and became known as Barrhead.

Clans and Families of Scotland

Epitaphs and Images from Scottish Graveyards

Sandy Stevenson
I was born in Buckhaven, spent a short time in Methil, raised in Cellardyke and Anstruther, lived for a long time in St Andrews. A Fifer, and proud of it. Have been organizing and leading small grouo tours of Scotland for 20 years